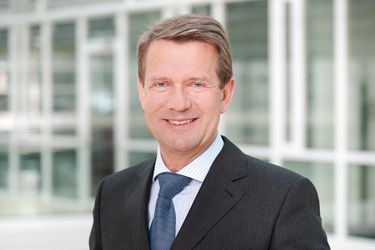 The internationally active Hotelplan Group, part of the Migros Group´s Cooperatives, achieved a turnover of CHF 1.618 billion and an operating profit (EBITDA) of CHF 7.1 million during the financial year 2008/2009 (annual accounts as of 31 October 2009). Major external factors, such as the financial and economic crisis, considerable exchange rate fluctuations or the feeling of uncertainty amongst clients caused by the swine flue virus, have had a considerable effect on turnover (-16.1%) and profit (-82.8%). The balance sheet of the Hotelplan Group does, however, continue to be extremely robust. The prerequisites are in place for achieving a significantly better result than in the previous year during the current financial year, even with the turnover remaining at the expected low level.

The international business of the Hotelplan Group asserted itself well during the past financial year, despite of negative exchange rate developments and their considerable adverse effect on the consolidated accounts. With a 16.1% (of which 5.1% due to exchange rate) decrease in turnover over the previous year, the group produced an operating profit (EBITDA) of CHF 7.1 million. After taking into consideration depreciation and one-off effects, such as reorganization costs, the accounts showed a consolidated operating profit (EBIT) of CHF -21.6 million. No further restructuring costs are anticipated for the current financial year. Positive developments are apparent from the holiday home firm Interhome and generally from increasing online sales. The Swiss travel business also showed a further improvement over the previous year, which was marked by the costs of reorganization and finished with a small loss at EBITDA level of CHF -1.8 million. The new direct sales brands Migros Ferien and Denner Reisen, which are part of M-Travel Switzerland, are well received by customers and were able to gain a considerable market share. After transferring the operational responsibility for Belair Airlines to Air Berlin two years ago, the group undertook the significant step of selling the entire company during the past year.

"Anticipating a difficult economic environment, we initiated cost-reduction measures at an early stage. Thanks to attractive offers, a lower cost base and reduced capacities, we expect considerably improved results already this year", commented a confident Dr. Christof A. Zuber, CEO Hotelplan Group.

During the financial year 2008/2009, all divisions focused on securing long-term profitability. Already in autumn 2008 various cost-saving measures were introduced and resolutely implemented. As part of the AVENIDA growth strategy, further technical innovations were also introduced. With the acquisition of bta first travel and Group Worldspan, two companies were acquired in Switzerland that fit well into the overall group. The integration of the British Inntravel, acquired in 2008, as well as of the Russian tour operator Ascent Travel was also completed successfully.

The range of exclusive offers under the TClub brand was extended with the opening of the ‘Berenice‘ Red Sea resort and the newly constructed ‘Vakarufalhi‘ resort in the Maldives. Evidence of the internationalization of this brand of Hotelplan Italy is the fact that the offers of TClub were taken over by Globus Reisen in Switzerland.

Interhome, operating today in 27 destinations, proves to be a robust business model, highly resistant to the economic crisis. After adjustment due to exchange rate effects, the company produced a higher turnover and result than in the previous year. The number of objects was increased from 19'500 to approximately 21'000. Distribution was expanded into the source markets Croatia, India and Israel. At the same time, all call centers were moved to Prague in summer 2009.

The Swiss tour operator M-Travel Switzerland has further streamlined and realigned its brand portfolio during the financial year 2008/2009: with Denner Reisen, the turnover was increased by 100%; Migros Ferien also showed positive developments in turnover during its first year since its launch. The group managed to strengthen the core brand Hotelplan as an attractive partner for the trade in preparation for its 75th anniversary year. On the other hand, Tourisme Pour Tous - the specialist for themed travel in the French-speaking part of Switzerland - and Travelhouse - the specialist for individual travel - suffered a slight decrease in turnover. Globus Reisen in turn has developed into a successful premium retailer. As a result of the acquisition of the profitable bta, M-Travel Switzerland also managed to attain an important reinforcement of its brand portfolio in the business travel segment. M-Travel Switzerland will continue its presence in specialized retailing and direct sales with a focused, customer-friendly multi-channel strategy.

Against a background of an extremely uncertain economy environment, the current financial year has so far met our expectations. Whilst the strong Swiss Franc increases the purchasing power of Swiss people, the group turnover is still being depressed by negative currency developments. The trend towards late bookings continues. The structural change within the sector will, for instance, be demonstrated by a further increase in Internet bookings. The prerequisites are in place for achieving a significantly better result than in the previous year during the current financial year, even with the turnover remaining at the expected low level. Hotelplan Group places great emphasis on strategic projects that are not endangered by a short-term optimization of profit.