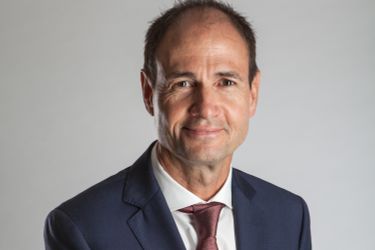 Koni Iten, CEO Interhome & Director of Hotelplan Group’s Holiday Home Division, is taking long-planned early retirement at the end of April 2017. Norbert Good will succeed him as of 1 March 2017.

Plans for his early retirement in 2017, in order to devote more time to his hobbies, have been in place since Koni Iten (59) took over as CEO Interhome in 2014. Koni Iten will therefore induct his successor Norbert Good into the affairs of the Holiday Home Division of Hotelplan Group and Interhome from 1 March 2017, assisting him in an advisory capacity until the end of April 2017. Norbert Good will also become a member of the Hotelplan Group executive board.

Norbert Good (54) has held various travel industry positions in Switzerland and abroad, most recently as Managing Director of the Dutch touring club MT ANWB Travel in the Netherlands. The Swiss-born industry veteran began his career with an apprenticeship at a tourist office and has accumulated more than 30 years of professional experience, mainly abroad.

“We regret the early departure of Koni Iten and wish him all the best in his well-earned retirement. Above all, we thank him for his longstanding commitment as CIO Hotelplan Group, where he made a pivotal contribution to its efficient digitalization. And last but not least, we would like to extend our thanks to him for successfully leading Interhome during the last three years,” says Thomas Stirnimann, CEO Hotelplan Group. “At the same time, we are glad that together with Koni Iten, we have found an excellent successor in Norbert Good. We have every confidence that his experience acquired in incoming business and abroad will also allow him to make a swift and excellent contribution to our Holiday Home Division”, he adds.